If you are a Green tea lover, then you’ve joined the ranks of the other 2 billion people around the world who are also enjoying a cup of this healthy herbal tea on any given day. Mornings are lifeless for many without a cup of tea and even more so for people who stress more on their health than anything; green tea is a must-have morning ritual for them.

Full of antioxidants, green tea is beneficial for boosting your brain functioning, keeping you young and active, and much more than meets the eye. It is also widely popular as being an indispensable aid in weight loss. Thus, people all around the world pitch for this most-coveted health elixir.

But do you know this much-hyped health booster of a green tea also houses a plethora of side-effects? Well, you heard it just right! This article shares with you the side-effects of green tea that you must be aware of to make a conscious decision whether to drink or not and if yes, in how much proportion’!

20 Appalling Side Effects of Green Tea on Hair, Skin and General Health:

That Green tea is good for your health and general physiological functioning is no big secret. It is known for its excellency in shedding excess body weight and is good for the health of skin and hair. But then recent research revealed a host of negative effects or side effects of drinking green tea and the disappointment that comes with it is explained below. 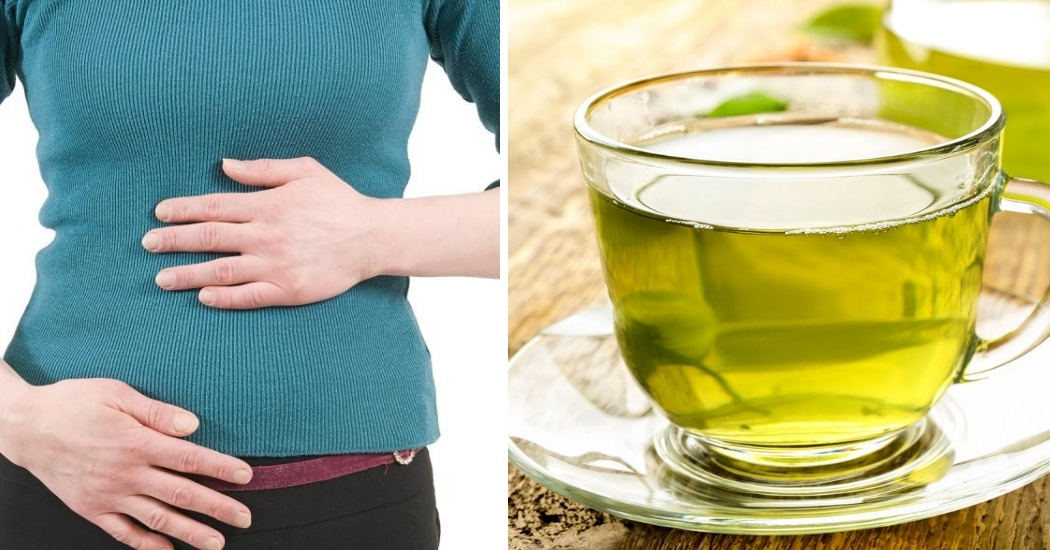 The caffeine content of green tea is the reason behind the problems in the digestive system. Drinking green tea might trigger nausea, vomiting, stomach pain, bloating, indigestion and flatulence. The immediate side effect of green tea on the gastrointestinal system is stomach pain and acute acidity(1).

Excessive consumption of green tea causes a deficiency of iron and results in anemia. The primary component of green tea is a polyphenolic compound named EGCG, which inhibits the action of the enzyme myeloperoxidase which results in internal inflammation. The tannin contained in green tea suppress the absorption of minerals like iron from the digestion of food.

Taiwanese research on green tea has revealed that excessive consumption of the tea drastically decreases the levels of hemoglobin in the blood. It causes anemia and generally regarded as one of the worst side effects of green tea on periods.

The polyphenolic compounds contained in green tea bind to the interstitial cells and thereby prevent the iron from entering the bloodstream. It results in the excretion of iron from the body and consequent attack of anemia and irregular periods.

The caffeine content of green tea causes headaches, dizziness, nausea, and slight vertigo. A headache is also a result of the deficiency of iron in the body that is caused by drinking too much green tea. The average recommended the dosage of green tea is about ed green tea as regular green tea might make you feel shaky and cause throbbing pain in the forehead and temples(2).

It is a possibility that your sleeplessness is the result of drinking of too much green tea. The only way of averting this problem is by putting a cap on the limits of drinking green tea. Don’t drink the tea too late in the day or before going to bed at night. The compounds contained in green tea stimulates the Central Nervous System and keeps the person constantly agile.

It results in sleeplessness which takes a more or less permanent form as insomnia with daily drinking of green tea. It has been recommended by physicians to avoid drinking green tea during pregnancy phase and during lactation as well as the harmful compounds can percolate into the breast milk and cause insomnia in the infants. 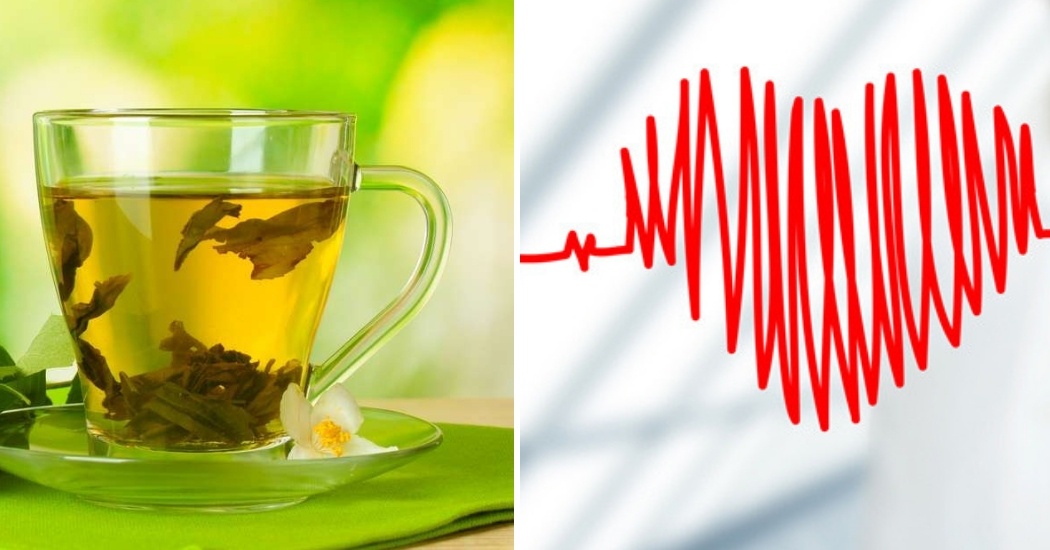 It is the caffeine content of green tea that interferes with the cardiovascular system and triggers an irregularity in the rate of heartbeat, blood pressure, and cardiac rhythm. It results in a serious cardiac problem known as tachycardia.

It is a heart condition that gets characterized by accelerated heartbeat, and a feeling like the heart is pounding against the rib cage. With increased palpitations, comes shooting chest pain, also known as angina. The best way to overcome this side effect is by drinking decaffeinated green tea(3).

Drinking green tea resulting in the recession of hairline, thinning of hair, hair fall and consequent balding. It got published in a study that side effects of green tea on hair are terrible. Consumption of green tea increases the levels of DHT and testosterone in the body which results in damage to the roots and follicles of hair.

The tannins contained in hair result in hair loss and development of split ends. A unique way of overcoming this problem is by adding a dash of lemon juice to the green tea that helps in checking the negative action of tannins and thereby prevent the loss of hair and hair thinning.

The polyphenolic compounds contained in green tea can wreak oxidative damage on the internal organs of the body. The caffeine content of green tea triggers a queasy feeling which assumes the form of nausea. Excessive consumption of green tea triggers vomiting because of acidity and interference with the digestive system.

It is especially for those people who are new to drinking green tea. The caffeine content of green tea triggers free motion or diarrhea because of its interference with the digestive system.

Decrease the amount of green tea that you take and switch the common variety with healthy decaffeinated green tea. Try taking the tea in the afternoon to make sure that the gastrointestinal system is undisturbed. If diarrhea becomes severe, then stop drinking green tea altogether.

The high level of caffeine and tannin results in side effects of green tea on the skin in the form of skin rashes, itchiness, redness of skin and painful hives. Drinking green tea can also result in spreading of facial acne, pimples, warts, and other dermatological issues.

Consuming green tea in large quantities results in acid reflux and consequent heartburn. Some varieties of green tea contain ascorbic acid that triggers acidic conditions in the digestive system. The ascorbic acid weakens the sphincter muscle in the esophagus and makes the corrosive stomach acid rise along the esophagus causing a painful burning sensation in the throat and the heart as well. 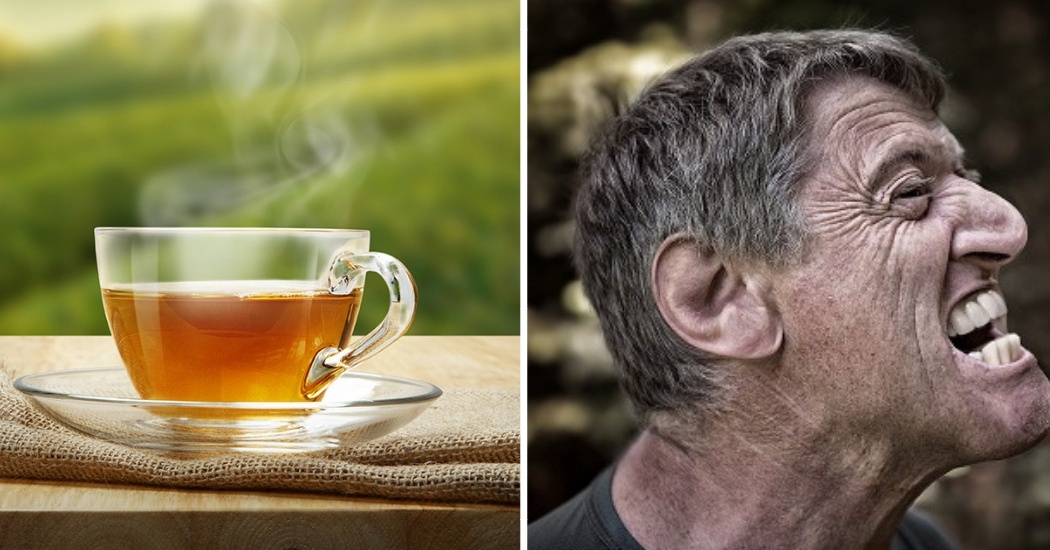 Drinking green tea can not only increase the duration of convulsions but also causes the seizures and fits of convulsions. Consumption of the tea causes the deficiency of folic acid and interferes with the Central Nervous System which results in the sudden painful fits of nervous contractions.

Glaucoma gets characterized by an increase of pressure in the eyeballs that ultimately results in the loss of vision if not treated in time. Consumption of green tea pressurizes the eyes even more and delays the healing process by interfering with the eye medications.

The side effects of too much caffeine have adverse effects on the visual faculties with the dramatic increase in blood pressure in the eyes that lasts for more than an hour along with the pain and severe discomfort.

The caffeine contained in the green tea combines with the phenolic compounds and result in sudden spikes in blood pressure. With the ingestion of green tea, the caffeine contained in green tea blocks the action of a hormone that is responsible for the widening of arteries and a healthy flow of blood. It results in increased blood pressure and consequent risk of cardiac strokes.

It is one of the worst side effects of consuming green tea on a daily basis. Excessive consumption of green tea causes a deficiency of calcium and results in calcium deficiency diseases such as weakness of bones and teeth, decreased bone density, a decrease in the length of the femur bone, a decrease in the mineral density of bones, reduced cortical volume of bones and osteoporosis.

The tannin contained in green tea suppress the absorption of minerals like calcium from the digestion of food.

Tannins, caffeine, and tea catechins in green tea have all been bracketed to increased risks during pregnancy. Experts say that green tea in small amounts — at the very most 2 cups per day is safe during pregnancy and breastfeeding. Caffeine is passed through the mother’s milk fed to infants – accordingly monitor your intake in coordination with your physician.

Nevertheless, drinking more than 2 cups per day can take it to miscarriage and birth defects in children. Make sure to keep your caffeine ingestion below 200 milligrams per day.

The catechins contained in green tea interfere with the healthy functioning of the thyroid gland. Consumption of green tea inhibits the secretion of thyroid hormones which results in swelling of the gland. It also causes an increase in the secretion of the stimulating thyroid hormone which results in hyperthyroidism, premenopausal thyroid cancer, and other such complications.

Consumption of green tea can decrease the fertility of the consumer. It decreases the secretion of sex hormones, interferes with the reproductive system and impairs fetal development as well. 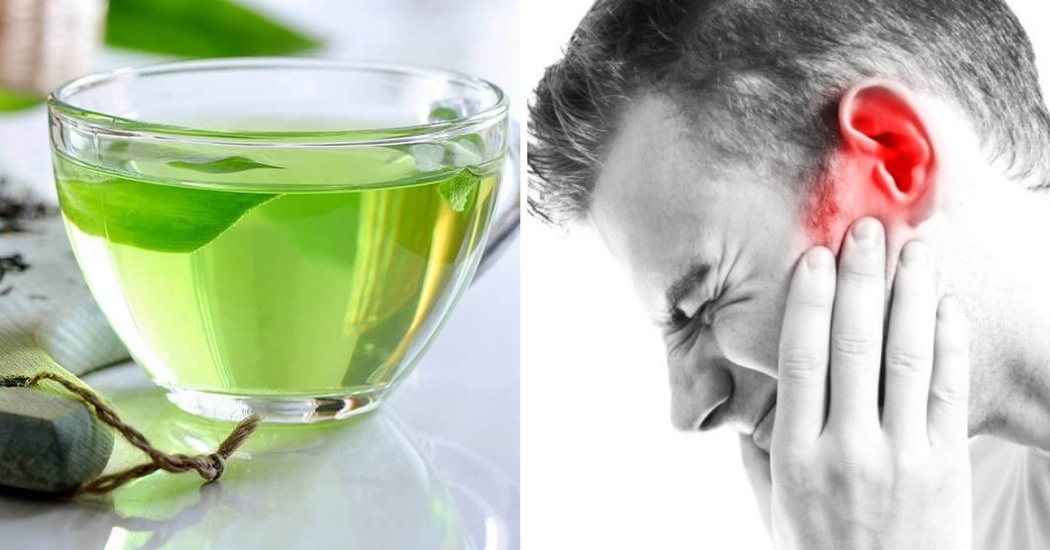 Tinnitus is also known as ringing in the ear. It is a condition in which one hears a continuous sound not belonging to any source. Research has revealed that consumption of beverages containing caffeine may cause tinnitus in the ear. An excess intake of caffeine in the form of green tea can also add to the condition. Hence, it is advisable to avoid it if you are suffering from tinnitus.

Who must avoid green tea?

How much is green tea considered safe?

Even though the dosage of green tea varies by different factors like health, medication, age,etc., yet a quantity of 3-4 cups of green tea on a daily basis is considered safe for consumption.

How to drink green tea without side effects?

Here is a list of a few ways of drinking green tea without suffering from its harmful side effects.

Green tea is highly beneficial for health if taken in the right way and at the right time. Keep the risks in mind and avoid drinking the tea by your health conditions to stay healthy and fit.

1. How much caffeine is too much per day?

A quantity of about 350-400 milligrams of caffeine is enough for a day.

2. How does caffeine adversely affect the body?

Caffeine interferes with the process of digestion and causes dehydration. Ingestion of caffeine results in severe sleep disorders and affects general physiological functioning as well.