Tea is the most sought-after beverage after water when measured by the standards of craze and likeability by the drinkers. The first serving of tea dates to the sixteenth century and the beverage has gathered a sizeable following ever since. Tea is often touted as an English beverage but contrary to the belief, it originated in Southwest China during the Shang dynasty.

Born out a medicinal requirement, tea has fashioned itself to accommodate the changing phases of the drinker over time. This beverage which has literally turned into an elixir for its drinkers is prepared by boiling water with the leaves an evergreen shrub native to East Asia called the Camellia sinensis. Kuntze, a hardy plant also known as C.

Sinensis along with a large-leaved Assamese plant constitute the fundamental ingredient of all kinds of tea. However, the concoction can be tweaked in numerous ways to suit the taste of the drinker. 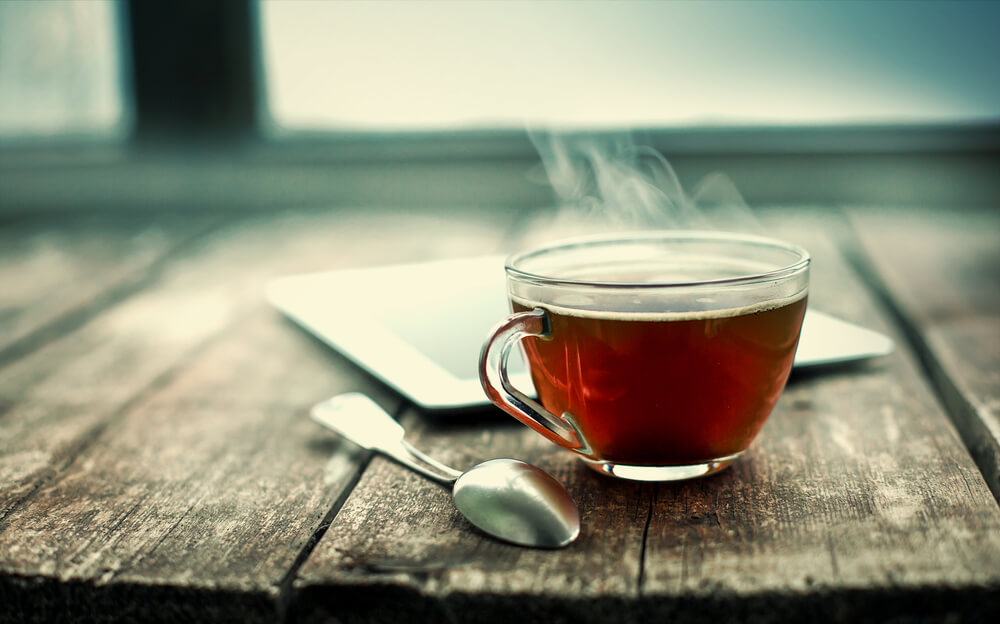 Available in different varieties such as green, black, and herbal, tea offers a wide range of health benefits:

Prepared using steamed tea leaves, green tea has a rich concentration of EGCG. Green tea is rich in antioxidants that promote and support the health and functioning of almost all vital organs in the body. Antioxidants fight free radicals and the oxidative stress produced by them to combat different types of cancers; prevent artery clogging, weight loss, fight oxidative stress in the brain, prevent neurological disorders such as Parkinson’s and Alzheimer’s diseases, improve cholesterol levels, and reduce the risk of stroke and heart attacks.

Prepared with fermented leaves, black tea possesses the highest amount of caffeine and is used as a base for flavored teas such as chai, together with a wide range of instant teas. Studies indicate that black tea has the potential to protect our lungs from the damage caused by cigarette smoke. Also, it helps in reducing the risk of stroke and heart attacks.

Unfermented and uncured, white tea has been scientifically proven to exhibit the most potent anticancer properties as compared to processed teas. It helps protect your cardiovascular system as well.

Prepared from aged and fermented leaves, it is typically regarded as a black tea. Its leaves can be quickly pressed into cakes and are known to exhibit excellent weight loss properties along with a tremendous potential to reduce LDL cholesterol.

Did You Know? Interesting Facts about Tea

The Fight of Dominance Between Tea and Water

Across the globe, tea is extensively consumed, standing right next to the water. Reports suggest that over 159 million Americans drink tea on any given day which makes up tea as the most common beverage in the U.S households.

The Similarity Between Black and Green Tea

Although both black and green teas are prepared from a tea plant called Camellia Sinensis, both have striking differences as well. While green tea has a caffeine content of approx. 25-35 milligrams, the content in black tea is around 50-90 milligrams.

Interestingly, it was the Asian continent wherein the ancient roots of tea as a beverage was discovered, and it was by none other than the Chinese. It is stated that the Chinese had been drinking tea for more than 2000 years, much ahead than the western countries!

The Journey of Tea Reaching the British Shores

Treated as one of the most quintessential drinks in the UK, tea touched the British shores comparatively late. It was the East India Company in the early 19th century that finally realized the business opportunity and the Coffee Houses in London that were the major parties that introduced tea in the UK.

Consumption of Tea per Person – Turkey Stand Ahead of China

The Turkish people are well-known for their hospitality and passion for tea that together complements each other. An interesting revelation about tea consumption is that although tea is consumed most in China, Turkey ranks first in terms of per person consumption of tea per year.

The Iced Tea Market in the US

After water, tea is the most widely consumed beverage all over the world and is mostly consumed in US households. It is consumed as one of the major substitutes to carbonated soft drinks.

The blend of salty butter and tea rolls out distinct benefits which can are significantly soothing for Tibetans when it comes to dealing with cold climate as well as surviving at the higher altitudes. At high altitudes, the human body tends to burn ample calories, while the salty butter in tea act as a much-needed source of energy and also keeps you hydrated.

The Story of World War I and Tea Bags

Tea bags were first used by Thomas Sullivan – a tea importer in 1908. He sent some samples to his clientele by packing it in some mousseline bags which were really appreciated by them. Later, Teekanne GmbH from Germany tried to execute the same in the First World War by supplying tea in ‘tea bombs’ – cotton bags which proved to be a big failure as the flavor of the tea was affected by the cotton cloth.

Most of us are not aware of the fact that ‘Tea’ was first introduced in India by the British. They were all set to overthrow the monopoly of China on tea, as they found out that cultivating tea plants in India would be beneficial. Acknowledging that the Indian soil was the correct option to transplant Chinese seedlings, the British chose the Assam valley and some part of Darjeeling for tea planting.

Tea and Its Health Benefits

Research states that the antioxidant-rich nature of tea proves to be very useful in preventing cancer and its related effects. It plays a vital role in empowering the metabolic as well as cardiovascular health. Avoiding human diseases, tea plays a major in preventing atherosclerosis, coronary heart disease, etc.(1)

Tea is also Known for

We know that tea tastes great in every season, be it summers or winters, and it can be consumed both as a hot beverage and a cold one. Having known some interesting facts about tea, here are some more things you can add. There is more to this drink than just refreshment; it actually has multiple medicinal and healthy uses. To state the obvious, with this tasty drink, the water intake in the body increases. It offers health benefits for the heart, teeth, as well as helps against cancer. One more thing to know is that the uses of tea depend on the type you choose. Let’s look at some of its additional uses:

No matter what variety you choose, tea is extremely beneficial for your health when consumed in moderation. As the second most preferred beverage in the world, tea is one of the most studied staples.

Numerous studies have found several exceptional properties of tea that make it extremely beneficial for our health. Consuming tea regularly helps fight a wide range of chronic and critical diseases, including cancer, stroke, and heart attack.

Though tea is a powerhouse of health benefits, its overconsumption can have specific side effects in some people. The caffeine content in tea has a mild diuretic effect and can lead to sleep disorders.

Pregnant women must avoid tea since the caffeine can have some adverse effects on the fetus and can even lead to miscarriage. Should you have any concerns regarding your use of tea regularly, particularly if you have some underlying health conditions, it is good to consult a registered medical physician to discuss the same.

How Cinnamon Can Spice up Your Health

10 Incredible Pu-Erh Tea Benefits You Should Know About

How Effective Is Tea in Relieving Diarrhea?