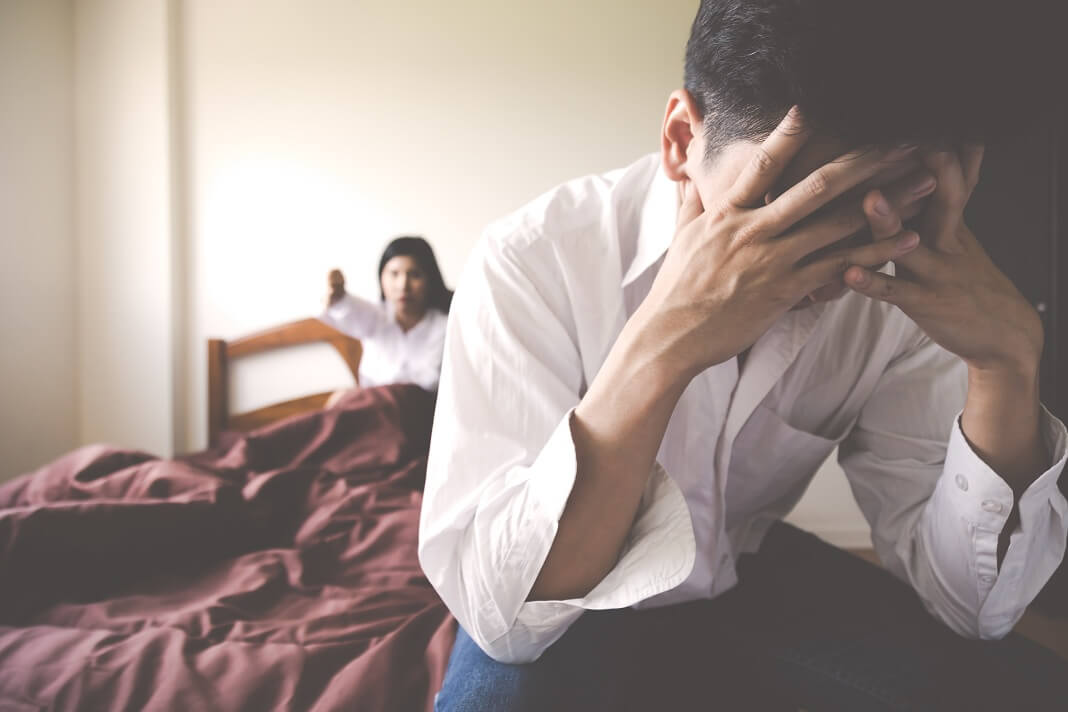 Did you know that every 1 out of 3 males in the US suffers from the issue of premature ejaculation? It is 33.33% of the male population of the USA, which is one-third of the boys and men in the entire US population! A rather alarming rate. On hearing such a thing, most males would exhibit either of two reactions: denial or rush to the expert.

But who knew that the remedy to some of our health problems was hidden in our own home. Premature ejaculation(1) is one of such issues which impact the wellbeing of the sexually active male population.

What is Premature Ejaculation?

Premature ejaculation, in simple words, is the phenomenon of releasing semen from the body too early or within the first couple of seconds of sexual intercourse. It is a natural phenomenon – but a source of significant frustration in several couples.

However, if this is occurring too frequently, it often leads to frustration, anxiety, and depression. If you experience such distress in your life, then it is time to seek some help, and why not do so by searching in your kitchen?

Premature ejaculation could lead to distress, and if not treated, it can also lead to depression.

[Read: Probiotics Can Benefit The Overall Health of Men]

Home remedies play a vital role in treating premature ejaculation. It helps in alleviating the condition and also its related symptoms more quickly and effectively.

Below listed are some of the most recommended natural remedies for premature ejaculation.

Saffron milk or commonly known as saffron is one of the most widely used home remedies for premature ejaculation. It helps by relaxing the nerves and over-excited sexual intercourses(2).

How to drink it?

Drink this milk in the morning.

Elakizhi is one of the renowned massage therapies that is known to alleviate premature ejaculation. It also helps individuals to relax and reduce the nervous jitters during sex.

People can even seek out some Indian licorice from their refrigerators and kitchen that could help in controlling this condition. These bright red bean-like berries are loaded with alkaloids, which are known to reduce the early expulsion of semen and reduce distress during sex.

Amla, also known as the Indian Gooseberry, is another excellent remedy to treat premature ejaculation. It is the best solution for those experiencing the issue due to overheating of the body resulting in excess of pitta and Vata. The consumption of this fruit in your diet helps in reducing the excess heat in the body and reduce the risk of premature ejaculation.

The consumption of these psyllium husk seeds(3) every day could help you relax your pelvic and abdominal muscles. Besides, these are also known to delay the greying of hair and overcome weakness due to libido.

Ashwagandha-Bala-Vidari is the most recommended remedy to treat premature ejaculation. It helps so by reducing the anxiety and controlling the early release of semen from the body.

[Also Read: Benefits of Ashwagandha That Will Surprise You]

Ginger and honey are some of the best methods you can try to solve premature ejaculation. It is an excellent aphrodisiac that pumps the body with energy and delays the process of ejaculation.

Eating carrots every day will improve libido and reduce the frequency of premature ejaculation.

We all know that the consumption of garlic is good for the heart and prevents cardiovascular problems. Garlic is known to have aphrodisiac properties, which increase the energy and aids in alleviating the condition of premature ejaculation.

[Read: Garlic; The Super Food That Can Ward off Many Infections]

Asparagus helps in improving penile strength and also helps in overcoming the weakness during intercourse.

Ladies finger is loaded with healthy fiber that helps in dealing with roughage in the diet. It effectively helps in overcoming premature ejaculation that is caused due to constipation or other digestive disorders.

Alongside treating the condition, it also helps in dealing with other symptoms associated with premature ejaculation. However, it is also recommended to consult a doctor as there could be some other underlying issues causing this condition.

1. Can Diabetes Cause Premature Ejaculation?

Diabetes and other chronic conditions, including high blood pressure, thyroid problems, depression, and even stress, can lead to premature ejaculation.

2. How Do You Know If I Have Premature Ejaculation?

In conditions like premature ejaculation, men are known to ejaculate in less than two minutes. In general, a healthy man ejaculates after 5-6 minutes of sexual intercourse.

What is Fractionated Coconut Oil And Why is it Important ?

Home Remedies That Give Instant Relief from Ear Pain

These 7 Essential Oils Can Help Your Irritable Bowel Syndrome

How to Get Rid of Crepey Skin with Natural Remedies?