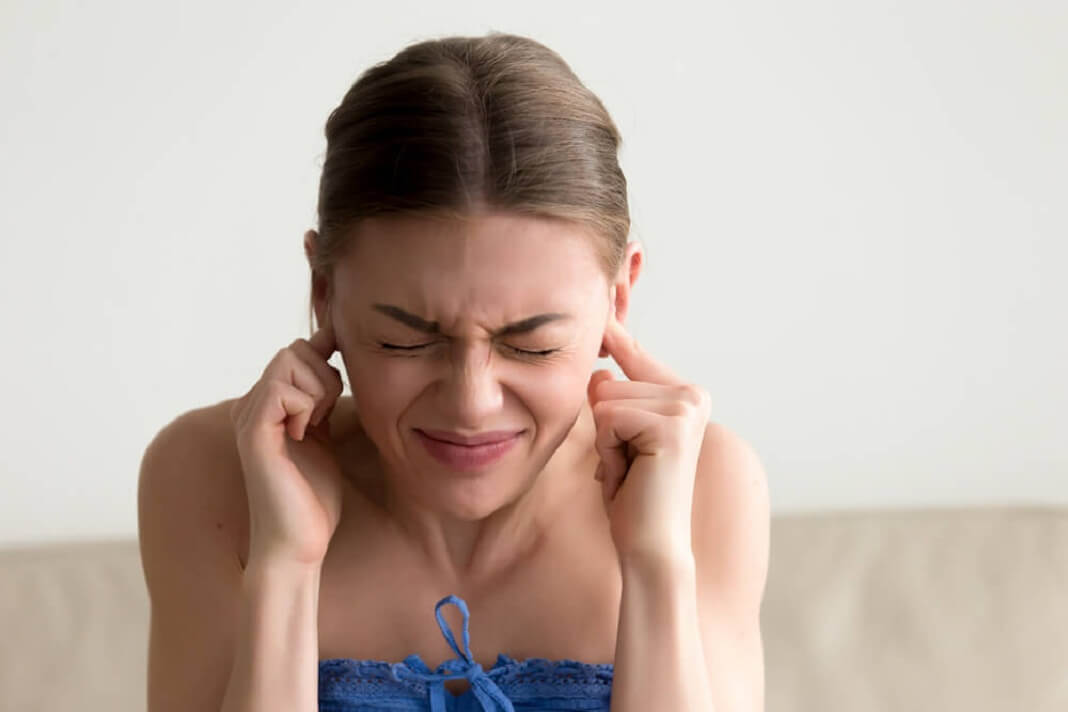 You attended a pub party which had loud music playing all night and returned to your room and felt the music is still playing somewhere near you. You go to bed, and your surroundings have become silent, but you find difficulty in sleeping owing to the unignorable buzzing in your ear. That persistent sound in your ears is a symptom of tinnitus. You can get sound therapy for tinnitus that is driving you up the wall and let your mind control the inner sound.

About 10% to 15% of adults are affected by tinnitus with 20% of them experiencing reduced quality of life due to social isolation, irritation, sleep deprivation, reduced concentration levels, etc.

According to the American Tinnitus Association, the most effective treatment to manage tinnitus is sound therapy with a remarkable success rate of 60% to 90% in the patients affected with this condition.

Why Sound Therapy for Tinnitus?

Experts believe that sound therapy leads to real physiological transformations in sound sensitivity in the audio part of the cerebrum. But others consider sound therapy as a mental diversion or a guide to psychological and physical relaxation. Sound therapy might be a blend of these perceptions. However, people who suffer from tinnitus find sound therapy to be a great relief and curative too.

Sound therapy is a self-improvement procedure. It can also be a part of a more extensive tinnitus treatment plan conveyed with the help of a medical clinic or hospital.

Does Sound Therapy Work for Tinnitus?

Sound therapy is exceedingly useful for the natural cure of tinnitus. There are specialized devices that can produce a low and humming background noise which works to mask the ringing noise in the ears.

Don’t let the noise bother you at night. Play soft music and/or focus on the sound of the electric fan overhead to quieten the ringing noise in the ears.

The devices play sounds that either mask the ringing noise in the ears or distract the patient away from it. The device performs a consistent tune to cure the condition gradually.

The administration of sound therapy daily for tinnitus and as a part of the entire treatment plan is remarkably effective in the alleviation of the symptoms of tinnitus.

There are four main methodologies which sound therapy employs for the natural alleviation of tinnitus. These four approaches include the following.

Types of Sounds in Sound Therapy Treatment for Tinnitus

Broadband noise sounds something like radio static noise. It incorporates distinctive “colors” of sound and noise, similar to constant pink noise and white noise. These noises have diverse ranges of frequency (number of vibrations in every second, likewise known as the pitch of the sound). Broadband noise is incredibly useful in quietening the ringing noise in the ears.

Listening to soft and slow music feels unwinding and diverting for several people. For the administration of sound therapy for tinnitus, an ideal type of music includes sounds of moderate tempo such as soft instrumental music.

Notched tones consist of sounds of certain emphasized frequencies and tones. Such tones are personalized and tweaked to coordinate with your tinnitus symptoms and help get rid of the ringing noise in the ears.

The following tools are useful for the administration of sound therapy for tinnitus treatment.

These four devices can produce characteristic sounds, soft music, and white noise. Additionally, there are portable hearing aids that can create beneficial sounds and tones conveyed with efficient amplification. The kind of sound therapy(2) for curing tinnitus that is suitable for the individual relies upon the symptoms of his condition and his preferences.

A majority of the individuals prefer the type of music that is neither too complicated nor demand much attention. Pleasant and soothing music is what works best for most of the people who suffer from tinnitus.

Several individuals find it soft and soothing to focus on natural and environmental sounds. Such sounds include low noise of far off traffic, the buzzing noise present in a bustling office, the swishing music of leaves caught in the breeze, or the soft moan of waves breaking at the shore.

These sounds drown the ringing noise of tinnitus in the ears and make it less perceptible. All that you can do is open the windows in your room to let in all the sounds of nature. You can also focus on the sound of the rotating blades of the fan or the ticking hands of the clock for the gradual cure of tinnitus.

There are CDs and music players available in the music market which are incredibly useful for tinnitus. For the administration of sound therapy for tinnitus, the patient can invest in CDs and mp3 players that contain audio files of music.

Itchy Throat and Cough? Heal It with Honey

You can also check into the local libraries to borrow CDs and mp3 music of natural sounds. Besides, CDs and mp3 files of soft and soothing sounds are also available on the Internet as well as in online forums.

[Also Read: How to Get Rid of Tinnitus Naturally]

These sound generators are portable and highly convenient for the administration of sound therapy of treating tinnitus. Just press the buttons to play a variety of soft and soothing music which will work to silence the ringing noise in your ears. You can alter the volume and adjust it accordingly as per your preferences.

Likewise, you can play those sounds that are therapeutic for your symptoms of tinnitus. The sound generators come with a clock which makes the device drift to a snoozing mode after a considerable length of time. Most of the sound generators can run with either with battery control or the mains.

Listening to soft and melodious chords of music before going to bed at night help in quietening the noise in your ears. Whenever it is left with a lower volume throughout the night, sound therapy for tinnitus cure likewise makes for a calming diversion from the ringing noise of tinnitus.

You can use a sound pillow or a pillow speaker to plug in the CD player or the mp3 device to listen to the soft sounds before retiring for the day. Notwithstanding, numerous individuals without tinnitus likewise appreciate tuning towards the soothing music before going to bed in the night.

Wearable generators of sound are otherwise called background noise and are also known as maskers.

The wearable generators of sound produce a consistent white noise, which is a delicate surging sound like radio static.

In case you have mild hearing problems along with tinnitus, then hearing aids can be of great help. The hearing aids enrich and amplify the sound and help with the cure of tinnitus as well.

Sound therapy for tinnitus is perfectly safe and highly effective for the natural treatment of tinnitus. Keep the following tips and precautions in mind for quicker recovery.

If you are in search of a holistic and non-intrusive treatment for the ringing noise in your ears, then sound therapy for tinnitus is ideal for you. Silence the awful noises in the ears by the administration of sound therapy. The treatment is not only devoid of adverse side-effects but is remarkably effective too. If the noise in your ears is driving you insane or turning you into a crazy insomniac, then try out the methodological approach of sound therapy for tinnitus right from today.

Yoga for Scoliosis: 5 Simple Asanas to Straighten Your Back

The Next Best Thing! Vitamins That Actually Aid a Tinnitus Treatment

How Effective Is Acupuncture in Treating Tinnitus?

How to stop ear ringing with top 5 fantastic ways?