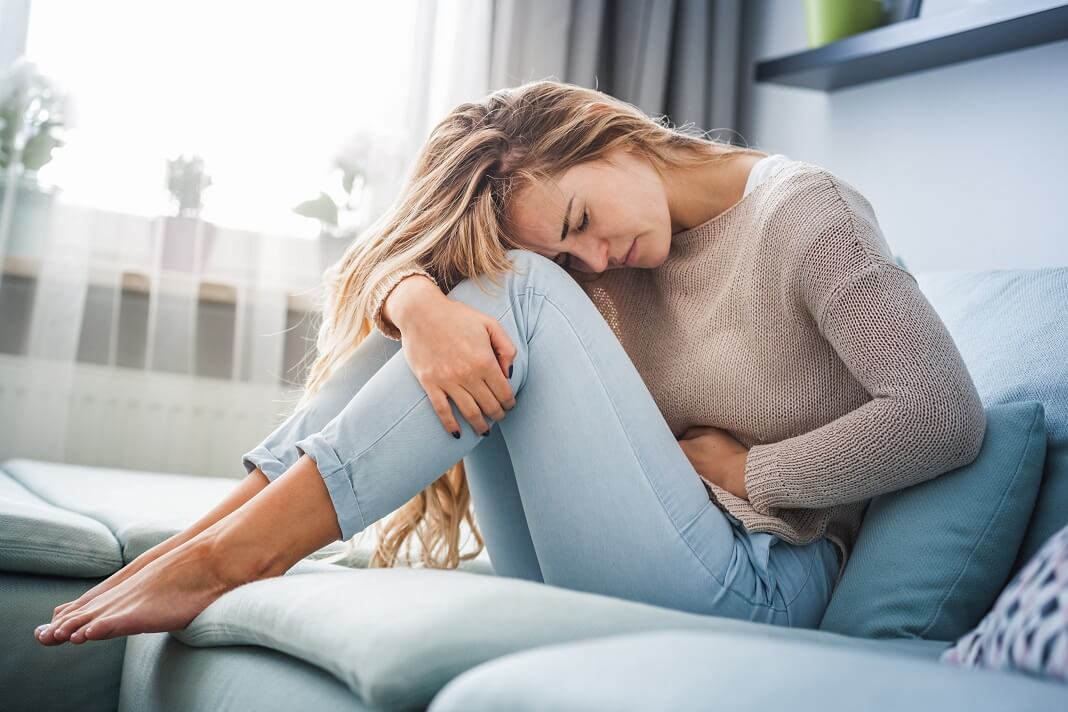 How to Look Really Beautiful Without Makeup?

Premenstrual Syndrome, or PMS, starts about a week before the onset of your periods. Much like your periods, PMS sets in periodically every month. While not much is known about the reasons behind PMS, it is commonly attributed to changes in the level of female hormones like progesterone and estrogen.

The intensity of these symptoms varies from person to person. Individuals who experience intense symptoms are said to suffer from a condition called premenstrual dysphoric disorder (PMDD). These symptoms may hamper their day-to-day activities. The debilitating effects of premenstrual syndrome affect nearly 10% of the women in their reproductive years. Thus, women are left looking for every option to alleviate the pain and symptoms of PMS.

An effective way to get rid of the symptoms of PMS is herbs which are deemed effective against PMS! Let’s have a look at the herbal remedies for PMS!

Here are the most effective herbs for PMS:

Chasteberry is derived from the chaste tree, which incidentally is a shrub. It is highly revered as a herb for female sexual health as anecdotal reports point at the herb’s ability to cure female infertility.

As per a 2013 study, it was reported that the chaste berry herb has been effective in relieving the symptoms of PMS. It is particularly effective against(1) breast pain, bloating, headaches, and similar physical symptoms. It boosts the release of female hormones.

Chasteberry supplements are readily available in offline and online stores. If you have access to whole chaste tree berries, you can brew tea using the crushed berries.

Follow the dosage prescribed by your doctor or as mentioned on the packaging. Consult your physician before consuming chaste berry as it can interact with a few drugs.

Mimosa is popularly known as the Shy Plant or “Touch-me-not.” Ancient Ayurveda has identified mimosa as a healing herb for its various properties.

Studies indicate that mimosa can elevate the mood(2) and is much more useful than anti-depressants when dealing with PMS. Thus, the herb actually makes you feel good. It can also help you sleep better, thereby, countering your insomnia.

Mimosa supplements are available in the liquid or capsule form. Mimosa teas are also available, and you can brew some fresh herbal tea by steeping mimosa leaves in hot water for about 3-4 minutes.

You can have 3 to 6 mL of mimosa liquid extract or one capsule thrice a day daily with your meals.

Black Cohosh is a perennial flowering herb that belongs to the buttercup family. It is commonly found in the US and Canada. Let’s see how you can use Black Cohosh for PMS.

It is believed that Black Cohosh(3) is an effective treatment against menopausal women. It is particularly effective against those experiencing hot flashes. Studies also indicate that Black Cohosh may help with regulating emotions.

Black Cohosh is available as a liquid extract, tea, or capsule.

A dosage of about 20 to 40 mg is sufficient for treating symptoms of PMS.

A number of people believe that St. John’s Wort is capable of acting as a natural antidepressant.

The bioactive compounds in St. John’s Wort(4) affects the production of serotonin and norepinephrine, the neurotransmitters that affect the mood. A study conducted in 2010 indicated that St. John’s Wort can help alleviate the physical and emotional symptoms, such as depression and anxiety, that come with PMS.

You can use the dried flowers of St. John’s Wort to consume the herb in the form of tablets, teas, liquid extracts, and capsules. You can consume the drug as per your preferred mode of ingestion.

You can have three doses of 300mg each per day. However, do not continue this dosage for more than six weeks as the drug can interfere with life-saving medications.

Ginkgo Biloba is one of the oldest and best Chinese herbs for PMS and is also known for its ability to sharpen memory.

A clinical study indicated that nearly 23.6% of the test subjects reported a decrease in physical and psychological symptoms that accompany PMS. It is also proven to be effective against anxiety(5).

Ginkgo Biloba is available in the form of capsules, tablets, liquid extracts, and dried leaves as tea. You can either consume the supplements or brew fresh Gingko Biloba tea using the dried leaves.

For a number of women, PMS can be more than annoying. However, you can alleviate and regulate the symptoms with the help of the herbs listed above. Just remember to stay patient as most often, herbs and their supplements take about 3 to 6 months to take full effect.

At the same time, remember to note down your cycle and the corresponding symptoms of PMS to track down and target the root causes of the symptoms. Most importantly, while natural herbs are natural remedies, they may interfere with any other medication that you may be on. Hence, it is essential that you consult your doctor before consuming any herb.

Let us address a few frequently asked questions in respect of premenstrual syndrome:

1. Does PMS Get Worse with Age?

Symptoms of PMS may get worse with age and stress, although the underlying causes are not well understood. … As many as 150 physical and behavioral symptoms have been assigned to PMS, but the number of PMS symptoms that most women experience is much more limited

2. What Exercises Can Help Reduce the Symptoms of PMS?

Aerobic exercises, cycling, running, brisk walking, yoga, breathing exercises, and swimming can help relieve the symptoms of PMS. However, ensure that you do these for at least 30 minutes daily.

How to Look Really Beautiful Without Makeup?