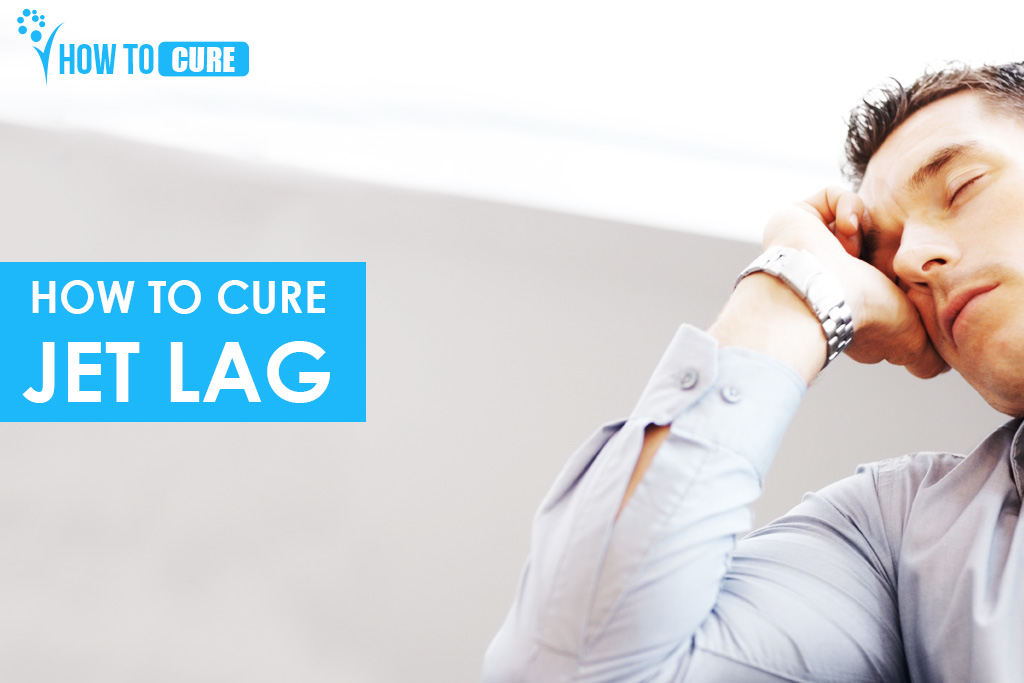 For many frequent fliers one of the biggest complaints about flying through varied time zones in a short period of time is dealing with the constant confusion that their body’s natural rhythm is thrown into and in turn taking too much time to recover, causing not just a lot of discomfort but other health issues as well. Follow here to have few tips to cure jet lag.

For the human body, adjusting to new time zones is not quite as easily done as the mind, that adjusts to new spaces in a jiffy, but rather, takes it own time to get used to the time differentiation.

This condition that a flier throws its body and mind into is commonly known as jet lag(1). It is basically a condition of temporary disorder and disarray whereby the body’s circadian rhythm is disrupted causing a list full of issues.

For starters, anyone who has had faced any kind of a jet lag, knows that flight fatigue, as well as sleep disorders, are only the tip of the Jet Lag iceberg.

What follows how to cure migraine headaches in a dehydrated body that tends to feel problems in coordinating as well as some amount of anxiety, nausea, dizziness and certain stomach ailments such as diarrhea, constipation etc.

In some very rare cases, you will notice amnesia symptoms has also been noted to be a symptom of jet lag.

It has also been found that for the body to adjust to a new time, the time taken in days is equal to the number of time zones crossed.

For instance, if a person had been traveling through three time zones, his/her body will take almost 3 full days to get rid of the lag and start adjusting its circadian rhythms.

But there are ways in which a person might be able to hasten the body’s clock into adjusting faster than it normally would. The following will tell you how.

Staying fit and healthy always finds a bonus point somewhere or the other and it so seems that staying fit and in shape has been found to be helpful with adjusting to a time zone in a better way.

Which is why, anyone thinking of crossing time zones, should start exercising beforehand as well as maintain a healthy diet along with this.

[Also Read: The Best Exercise for You]

It also helps if you slowly and steadily manage to change your body’s schedule to the time zone of your destination, since that makes sure that you get adjusted a little quicker than you would normally take.

Flying for hours sitting stuck in a single position, with no room to move around can be very tough on the body. Which is why, it is suggested that you make sure to rest well before embarking on the flight

The more you stay hydrated the better it is for your body’s immune system as well as to fight the dry conditioned atmosphere inside the aircraft. Water has been known to help with beating your jet lag faster.

Consider wearing an outfit that is comfortable and has enough space to breathe in. In you are not comfortable during your flight; fatigue from the jet lag could make your condition worse.

Also, make sure to wear comfortable footwear that does not restrict the movement of the feet in any way. Always keep in mind the weather and climatic conditions of your destination and dress appropriately.

Avoid sleeping pills at all costs and also make sure not to sleep more than an hour at a time. And even if you are sleeping more than that, make sure to adjust your sleep time according to the local time of your arrival.

It is highly suggested that you consider moving around in the plane, take a walk down the aisle and back once in a while, shake your arms a bit and do some mild exercises; in general get the blood pumping in your veins and also avoid stiffness in the joints and muscles that is bound to happen because of sitting constantly in one position.

It not just revitalizes you but also pushes your chances of a jet lag back.

You Think Ingrown Hair Is Tough? Try These Home Remedies to Get Rid of Them Instantly

Consider breaking down your schedule into distinct sections so that you get time to rest in between flight at each different time zone.

This will help your body adjust better when you finally touch down at your destination. It is also recommended that if you are traveling through 6 different time zones, you should take a night halt halfway to your destination to avoid wrecking up your circadian rhythm altogether.

The more the body is exposed to the sunlight, the faster it gets adjusted to the local timings since sunlight has been known to help with the adjusting of the circadian rhythm of the human body which is why it is suggested that you try and arrive early in the day so as to catch as much sunlight as possible.

The sooner you get adjusted to the local time schedule, the better it is for your body and for the jet lag to finally let go of you.

Make sure to follow the meal timings correctly, i.e if you are arriving during lunch-time, make sure you take lunch and then carry on as with your schedule at home.

If you are traveling east, you are bound to lose sometime but while flying west, you actually will manage to gain a few hours. Try to keep this in mind when setting the schedule for what you will do after you arrive.

If you are feeling too much of a discomfort, you can take mild over-the-counter medication for symptoms like nausea and headaches.

Even sleeping pills are suggested if you are finding it too hard to sleep. But it is always better to try and adapt to the whole set without the help of medication as the body has the uncanny habit of getting dependant on them.

And even if you have to rely on the sedative, make sure that you start getting off them just as soon.

Best Exercises and Tips to Manage Rhomboid Pain at Home