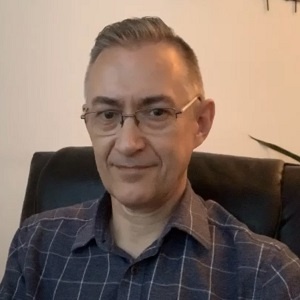 Which Acidic Foods Should You Avoid?

It’s one of the most talked-about and misunderstood subjects in the world of psychology at the moment. So what is narcissism, how can you recognize it, and the best way to handle it?

Narcissists are not always easy to spot in the first instance. They often appear to be very charming and alluring; warm, generous, amusing, entertaining, and even loving.

It’s only once they have tricked you that you may start to notice the bad behavior; the selfishness, the entitlement, the arrogance, the hair-trigger temper, and the litany of other behavioral clues that hint at the dark void that lies within.

The reality is that true narcissists [1], that very small percentage of the population that have or would be clinically diagnosed as narcissists, are empty on the inside. Desperately insecure, damaged people.

Everything you need to Know About Love Bombing

Well, yes, actually. We all were.

When we were born, we were completely dependent on our parents or carers. We were very vulnerable and very needy, but hopefully grew up with lots of love and attention and appropriate boundaries and developed into well-balanced individuals.

Now imagine a child that gets no love or attention or appropriate boundaries. They’re fed and clothed but ignored. They crave attention but just get dismissed, so they develop a fantasy world in which they get the love and attention they so desperately need.

They always win because they deserve to win because they’re better than everyone else. And if they don’t get what they want, they just have a tantrum, and they get away with it because there are no consequences. Welcome to the world of the grandiose or malignant narcissist.

There is another variety – the covert or fragile narcissist—the one who learned to play the victim. The game is the same; being the center of attention, but instead of gaining it by pretending to be amazing and fantastic they will cry and be pathetic, and when that stops working, They will fake illness or an accident.

As long as everyone pays attention to them and what they want and need, that’s fine. The moment that attention starts to slip away, they find some way to regain it. And it doesn’t matter how or what, or how much inconvenience They cause, because it’s all about them, all the time.

And that’s the telltale sign of narcissism. It’s all about the narcissist, all the time. It can be tempting to feel a bit sorry for the narcissist because they’re victims of neglect. Grandiose narcissists can play the victim card if necessary, but beware, none of it is sincere. It’s just manipulation.

They are often masters of appearing to be warm, generous, kind, and loving, but it’s all just for appearances. Beneath the surface, they really don’t care; they’re just getting their need for attention met, whether through admiration and adulation or playing the victim.

Fast forward twenty or thirty or forty years, and they’re still stuck playing the same game. Still a needy toddler on the inside, but they’ve been playing the game long enough to have developed some really sophisticated strategies, really clever ways to manipulate and play people to get what they want and what they need.

They’ve constructed a very convincing, very persuasive, very charming, or very needy persona. A character whom they pretend to be to win the game. And you’ve become a player.

At first, you probably won’t realize; narcissists are masters of deception, up to a point. They are extremely convincing liars and manipulators, but they get lazy and eventually slip up because of their own arrogance. They believe that they can just make something up to get out of it and that you’ll fall for it because they’re so clever, and you’re stupid.

Once the penny drops and you realize what or whom you are dealing with; you need to take a few truths on board.

What happens next depends on your relationship with the narcissist

If you’ve grown up with a narcissistic parent, that’s a tough one. You most probably need therapy with a damn good therapist that has a really good understanding of Narcissistic Personality Disorder.

If you have a narcissistic partner or ex, you need to get away as far away as possible. As we mentioned above, they’re control freaks, so they won’t let go. They won’t allow you to end the relationship; how dare you! That’s their prerogative.

If you attempt to walk away, they will do everything within their power to lure you back in. They’ll promise the earth; turn back into the warm, wonderful, loving, generous person they were when you first met.

Don’t be fooled; it’s only temporary; a cruel, cynical manipulation tactic to seduce you back under their control so that they can punish you, either by ramping up their old selfish, manipulative ways or by dumping you in the most humiliating, hurtful manner they can come up with.

If there are children involved, it gets more complicated. Narcissists play dirty and won’t think twice before using children as pawns in their game. Expect game playing, unreliability, emotional blackmail, and dirty tricks. It’s essential to establish your boundaries and keep them very firmly in place.

And if it’s a work colleague or your boss, don’t trust them. They will try to take credit for anything you achieve and throw you under the bus if anything goes wrong, so document everything. If it’s difficult to distance yourself from them, at least know what you’re dealing with.

Narcissists love to be the center of attention. They will often have a fan club of friends and hangers-on, “flying monkeys” whom they can also deploy to do their dirty work, spreading gossip and misinformation or applying social pressure to get the narcissist what they want.

Ultimately while you’re still playing the narcissist’s game, you can never win. The only way to win the game is not to play. So here are the rules:

It may look easy, but it can be extremely challenging to not respond to their emotional blackmail and underhand dirty tactics. If you succeed, you may well emerge emotionally battered and bruised, but ultimately your dignity and self-esteem will remain intact. Good luck!

Peter Phelps is from the UK and is one of London’s busiest and most successful therapists. After 15 years as a Police Officer in London’s East end, Peter decided on a change of career and retrained as a counselor and psychotherapist.

Foods that Improve Your Oral Health

Which Acidic Foods Should You Avoid?