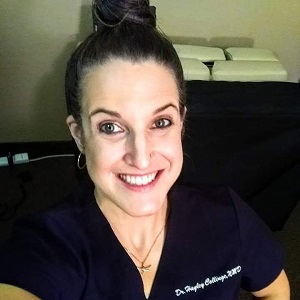 Coping With Stress While Working During COVID-19

Acupressure, like Acupuncture, has a role to play in healing the body by stimulating and unblocking the flow of the body’s vital energy. When this energy also known as “chi” or “qi” gets stuck it can lead to illness and pain in the body.

Acupressure is a non-invasive form of Acupuncture where deep and firm pressure is applied to specific points along the meridians or energy channels of the body to provide relief and stimulate the body’s own innate healing capabilities.

While arguably less evidence exists supporting its efficacy for non-pain-related conditions, it has been traditionally used for over 5000 years to treat a wide variety of illnesses and conditions, some of which have never been studied clinically.

More and more scientific studies are being done each year, that corroborate. Acupuncture’s efficacy for a wide variety of conditions like the ancient Chinese has been known for thousands of years.

[Also Read: How to strengthen Your Lungs]

The use of Acupuncture for the treatment of Pulmonary Disease has been studied more extensively than acupressure. Likely, the results of acupuncture studies can also be applied when acupressure is used, since the same points are stimulated in both, but just by different means (needles vs fingers).

A review by Jobst (2007) revealed that Acupuncture was able to significantly decrease the amount of medication that those with lung diseases needed to take for their condition. All studies, taken together in this review, revealed that Acupuncture was safe and possibly effective in patients with bronchial asthma, and chronic obstructive lung disease.

However, more studies were needed to prove efficacy. Another study, involving 19 children who received real or sham Acupuncture, showed that diminished acupuncture exercise-induced asthma in both groups, with the effect more pronounced in the group that received the real Acupuncture (Fung, Chow, & So, 1986).

The trial took place over 12 weeks and found that those in the real acupuncture group had significantly better exercise tolerance and decreased DOE, as evidenced by improvements in a 6-minute walk test and scale used to evaluate DOE.

Like the previous one, this trial also used the 6-minute walk test to evaluate a reduction in COPD symptoms. The group receiving real Acupuncture had significantly better results in reducing dyspnea and quality of life measures than the sham group.

A systematic review involving 16 studies concluded that Acupuncture might have resulted in clinically significant improvements in quality of life and dyspnea associated with COPD (Coyle et al., 2014).

This study also concluded that more high-quality RCTs need to be done to obtain conclusive evidence supporting the positive effects of Acupuncture on COPD. In a randomized, double-blind study involving 23 asthmatics that didn’t smoke, Acupuncture and sham acupuncture were compared.

In both groups, quality of life measures was improved, and there was a reduced need for bronchodilator medications (Biernacki & Peake, 1998). Another study reviewed specific immunomodulatory effects acupuncture could have for subjects with asthma (Joos, 2007).

A study by Chu et al (2007) found that Acupuncture vs. sham acupuncture resulted in an immediate increase in a respiratory measurement that enumerates the amount of air you can expire from your lungs in 1 second, which is also known as FEV1. This measurement is usually reduced in asthmatics.

The result was not statistically significant in the real Acupuncture versus the sham acupuncture group, but it is not known if this result may be clinically significant, and more similar studies would need to be done to verify the result.

The degree of improvement was also not as good as what one would see, taking an inhalable bronchodilator medication.

[Also Read: How to Detox & Cleanse Your Lungs]

These protocols can also be used prophylactically to strengthen the qi energy in the lung meridian and to help prevent infectious illnesses like colds and flu from having as profound of impact as it otherwise would on the lungs.

This protocol can be done in-office with needles, or electro-acupuncture if you go and see an acupuncture practitioner, or at home using acupressure. The discussion below will focus on acupressure techniques exclusively, which requires no special equipment or supplies.

Breath out on a count of six or until you’ve fully exhaled all the air in your lungs. Continue this for at least 10 breaths before you begin. This helps relax the body and the mind and get the qi circulating better through your body.

Use deep, firm pressure to massage and stimulate each of the following 7 points for two minutes per point. I recommend using the pads of your index and middle fingers, but you can also use your thumb or even knuckles if you prefer.

Keep in mind that pressing too hard may result in bruising, so if you bruise easily, you may want to use slightly lighter pressure, or just massage the point for less time.

This point is recommended to help tonify the lung (and spleen). It helps in the later stages of infection when there is phlegm retained in the lungs to disperse it. It also helps stop an acute or chronic cough (especially a dry cough) and helps treat chest pain that is due to stagnation in the heart meridian.

It can also treat shoulder pain that is due to pathogenic patterns such as heat and phlegm in the lung meridian.

First, locate the 1st intercostal space by touching the outer part of your collar bone on the upper lateral portion of your chest, and feeling below it for the first rib. Once you find the 1st rib, move your fingers to the space below it. Next, place your four fingers on your chest with the index finger touching the midline of your breast bone.

Now place the four fingers of your second hand beside it. This is considered 6 cun (an acupuncture measurement) from the midline of the chest. You will find this point at the cross-section of 6 cun from the breastbone’s midline and the 1st intercostal space.

This point is recommended when there is cough, asthma, pain in the chest, shoulder, arm, or any fullness in the chest. It clears heat in the lungs, moves the qi in the lungs downwards (the correct direction), and relieves painful obstruction of the shoulder by unblocking the lung meridian.

How to locate this point :

This point is recommended for all types of coughs, allergic asthma, sore throat, and more. It is good for common cold and influenza where there is sneezing, stiff neck, headache, aversion to a cold, stuffy nose or runny nose. It helps to bring the lung qi downwards and disperse it, which relieves stagnation.

It is also helpful in cases of repressed emotions associated with grief and sorrow, negatively affecting the lung meridian. It helps to relieve painful obstruction of the shoulder due to a blockage of the large intestine meridian, which is located nearby.

This point also helps when there is kidney meridian dysfunction causing swelling and water retention in the body.

Extend one hand out in front of you, and turn your hand to the side with the thumb facing upwards. Feel beyond your thumb onto the wrist below it for a bony prominence called the radius bone’s styloid process.

Keep moving towards you until you reach a depression between two muscles known as brachioradialis and abductor pollicis longus.

This point helps to “unbind” the chest and move the qi in the chest in the downwards direction when it is improperly moving upwards. It is good for pain in the chest and the hypochondrium located under the ribs. It’s also good for getting rid of feelings of chest fullness and hiccups.

Locate the middle collar bone and drop down below it into space between it and the 1st rib bone. It is located 4 cun from the midline of the breast bone, which you can measure with 4 fingers of one hand plus the width of a thumb.

This point is also known to help open the chest, which helps with breathing. It helps with the stagnation of the lung and heart meridians and to dispel obstruction of the chest caused by phlegm. This is a good point for chronic bronchitis, asthma, intercostal neuralgia, wheezing, panting, and spitting blood.

This point is also considered useful for Hiatal hernias, problems swallowing food, hiccups, and insufficient lactation that originates due to a deficiency in qi and blood.

How to Locate this Point:

Find your breast bone and feel beside it for the space between the 4th and 5th ribs. Once you’ve found the 4th intercostal space, move to the midline of your breastbone, and this is where the point is.

This point helps to stop coughing and wheezing. It is often used as a local point for breast conditions such as mastitis and inadequate lactation.

It is also a good point for women who get lumps and swellings in their breasts premenstrually, which is referred to medically as fibrocystic breasts and is often due to high estrogen levels. It can also benefit men with problems in this area. This point helps to reduce any swelling of the breast tissue.

Locate the border of your breastbone, and count down to the space between rib 5 and 6. This is the 5th intercostal space, and this point is located right under the nipple

This point regulates the qi and unbinds the chest. It also benefits the region of the armpit, relieving swelling. This is a good point for feelings of fullness in the chest, pain and movement disorders of the arm, and pain under the ribs.

Locate the middle of your armpit. With the 4 fingers placed together, measure 3 cun below this to locate the point. Another way to find it is to locate the edge of your breastbone and count down to the area between the 4th and 5th ribs. This is the 4th intercostal space.

Follow this space along until you reach the area in line with the middle of your armpit. For a woman with large breasts, the first method is probably the easiest for finding this point.

Repeat as needed throughout the day. For best results, do this protocol at minimum 2-3 days a week. There is no limit to the number of times a day this protocol can be performed. Also, you can have another person massage these points for you, for the same benefits.

Acupressure can be of therapeutic benefit for a wide variety of conditions. It is virtually cost-free and can be administered in the comfort of your own home as often as you like.

The above protocol is based upon my education at Boucher Institute of Naturopathic Medicine and on the use of this protocol for 6 years in a clinical setting. This protocol has been shown to be safe and effective, with no reports of adverse events from patients.

Dr. Hayley Collinge, Naturopathic Doctor, and founder of Evolve Healthcare graduated from Boucher Institute of Naturopathic Medicine in 2013 and has been practicing in Arizona since 2014.

Surprising Facts You Should Know About Depression

Coping With Stress While Working During COVID-19

Can’t Breathe In Your Mask? Here Are 4 Tips To Strengthen Your Lungs

Shed Those Extra Pounds by Practicing Acupressure for Weight Loss