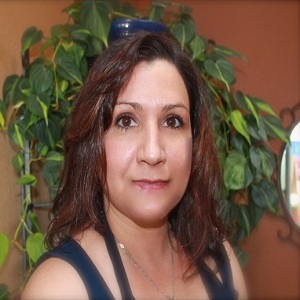 How to Make Your Days Better During COVID-19

How many of us have waited under a sprig of mistletoe, strewn up in a doorway at Christmas time, in hopes of getting a little smooch from our lover? Pretty much everybody knows of this tradition; However, Mistletoe has been used by many cultures throughout history, for both it’s mythological as well as it’s medicinal relevance.

One of the speculations of the origin of the beloved “Kissing” tradition appears to have been started in the 1700s from Norwegian and Scandinavian folklore. Long story short, the Norse Goddess Frigg blessed mistletoe, when her son Baldur was resurrected from the dead by the Gods and promised a kiss to all who passed beneath the hanging plant.

Mistletoe was eventually adopted as decoration by Christians for the Christmas Holiday(1), but the old tradition doesn’t look like it will be losing ground any time soon, despite its amorous antiquity.  Most people can identify the pretty unmistakable hemiparasitic mistletoe plant as it hangs in big clusters, growing on trees, slowly robbing them of nutrients.

Given its toxic reputation, mistletoe is more often than not regarded as a scourge to be torn away and discarded. But how much do we know about its incredible healing properties?

Reduce the Side Effects of Cancer Treatments

Mistletoe has been used therapeutically by many cultures. It’s leathery leaves, and waxy white berries harbor constituents that are currently the most widely used complementary cancer treatment in Europe, to improve the quality of life and survival of the afflicted. Studies show it may improve symptoms and reduce the side effects of cancer treatments, while not negating their influence.

Mistletoe is also being looked at for other conditions like hepatitis, HIV, hypertension, degenerative joint disease, and diabetes. It is impressive as an immune stimulant and modulator as well as an effective nervine, for calming and toning the nervous system and slowing the pulse rate.

Because mistletoe is not FDA approved as a prescription drug, oncologists in the United States cannot offer this treatment as the standard of care; however, it is now being used in clinical trials at Johns Hopkins University, and it can be prescribed by approved Naturopathic and Anthroposophic physicians.

Mistletoe preparations are available as oral tinctures or subcutaneous injectable forms, although most clinical trials are only evaluating the injectable forms. Two of the most well known injectable extracts go by the brand names Helixor and Iscador.

The average cost of injectable Mistletoe therapy is somewhere in the ballpark of $150-200 a month. While being a fraction of the cost of chemotherapy, unfortunately, it is not covered by medical insurance. Mistletoe is not for everybody, so it is imperative that you are evaluated and under the care of a physician, specially trained in mistletoe therapy.

In clinical trials, mistletoe therapy is very well tolerated with minimal side effects. Some of the side effects include fever, chills, elevated white blood cell counts, hypersensitivity, and reaction at the injection site. Less common side effects are diarrhea, vomiting, headache, itching, rash, and elevated blood sugar. Many patients who have been using mistletoe report a lightened mood, better energy, and marked relief from the symptoms from their respective illnesses.

Making a choice to use mistletoe for alternative or complementary treatment is a very personal decision to make. Fooling your beloved into little a stolen smooch, not so much! However, one thing is certain- whether for practical prescriptions or amorous intentions, you will definitely be making out with mistletoe.

Erin Colvin is the owner of A New Leaf Holistic Health Coaching. She is a graduate of the Institute for Integrative Nutrition. Erin holds additional certification in Plant-Based Nutrition from the T. Colin Campbell Center for Nutritional Studies at Cornell University.

How to Make Your Days Better During COVID-19