Everyone loves some simple tweaks that can help them be more successful in their weight loss efforts. I have shared several in my book, Today is Still the Day and companion 7-week plan. They sound too simple to make much difference but you’d be surprised at the difference they can make.

Make it a Meal

For example, don’t eat standing at the kitchen counter or on the run. Set a plate at the table, sit down and pay attention to your meal. Appreciate the aroma, how it looks, really enjoy the flavors. When you do this you register it as a meal versus a snack(1) and that makes a difference!

[Also Read: How to Lose Weight]

This tip follows along with the first one: Don’t scarf down your food like someone is chasing you! When you eat too quickly, you don’t allow your brain a chance to register (2)that you have eaten and satisfied your hunger. It may take up to 20 minutes for the brain to realize that you’re full. A review of 23 studies(3) found that fast eaters were approximately twice as likely to be obese, compared to slow eaters.

Some studies recommend choosing a salad plate rather than a dinner plate. It is a simple way to control portions. Just going from a 12” plate to a 10” plate resulted in a 22% decrease in calories. It is an illusion but if it helps you believe you are eating more than you really are, it’s worth it. Also if the food portion is very large, to begin with, you will eat more of it because you don’t notice yourself making a dent in the meal until a lot has been consumed.

Use a dinner fork rather than a smaller dessert fork. A 2011 study(4) found participants who ate with larger forks left significantly more food on their plates than those who ate with smaller forks, leaving an average of 7.91 ounces of food compared to 4.43 ounces.

Those who ate with larger forks became satisfied more quickly and ate less than those who ate with smaller forks. This is a visual cue – the small fork gives a feeling that you are not making much progress in satiating your hunger, which results in more consumption compared to when you have a large fork. 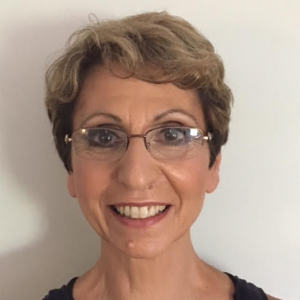 Ann Musico is a certified holistic health coach and founder of the Three Dimensional Vitality Website. She is also an author of several books, including Today is Still the Day, a wellness blogger and independent nutritional consultant who has worked with women of all ages over the past 10 years to empower them to exemplify lives of vibrant health and wholeness – spirit, soul and body – in a way that is simple and effective.

Thinking of Following a Boiled Egg Diet? Here Is All You Have to Know About It

Tamarind for Weight Loss – Does It Help?

© Copyright 2020 - HowtoCure.com All rights reserved. Our website services, content, and products are for informational purposes only. We do not provide medical advice, diagnosis, or treatment.
Sign up for our Newsletter !
Get access to quality &
Natural Health Tips right from the Experts.