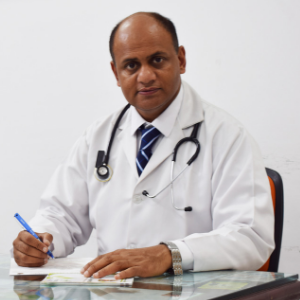 How Much Should You Exercise To Boost Your Immunity?

According to Ayurveda, healthy living is centered around following a daily regime and seasonal regime. A daily healthy routine helps to establish balance in our bodies. Ayurveda explains the significance of each season. Ayurveda is based on three fundamental energies Vata, pitta and kapha. These three energy dominance depends on the seasons. As climate changes, these energies in our body changes as per the environment.

Vata dosha is the primary dosha out of three fundamental energies. The main role of vata dosha in the body is to control all movements. The Autumn season is known as Vata season. It is the early winter season, when too much vata accumulates in the body it may manifest as physical and mental disorders. It causes excessive dry skin, insomnia, constipation, arthritis, anxiety, and depression. Vata can be pacified by having a Vata pacifying diet.

Herbs for the Autumn Season

Ayurveda believes in the seasonal regime, that means we should change our dietary habits and lifestyle according to seasons. As each season has its own importance, and the Autumn season is known to have elevated vata dosha. Herbs for autumn provide nourishment to the body and balance vata dosha in the body. These herbs are loaded with multiple health benefits, and we should use them in the Autumn season to get more health benefits.

Ashwagandha (Withania somnifera) considered as Rasayanam (Rejuvenating herb) from ancient times. Ashwagandha helps to cope with physical and mental strength. It is referred to as “Indian ginseng” due to its rejuvenation properties. Ashwagandha is especially beneficial to pacify Vata dosha in the body. It Is extremely beneficial in calming the nervous system and also improves immunity.

Ginger (Zingiber officinale)  is a pungent and aromatic herb. It has been used for a long time in the traditional Indian medicine system. It has properties that are useful in Vata imbalance. The regular use of Ginger can benefit health ailments like arthritis that occurs due to vitiation of Vata dosha. Ginger exhibits properties like strong antibacterial and anti-inflammatory. It also works for weak digestive problems. Thus this herb should be used in autumn to stay away from various health ailments.

Brahmi is best known as a neuro tonic herb. Brahmi (Bacopa monnieri)  traditionally used the herb to improve memory power and intelligence. It is the best herb for the nervous system and relieves stress and anxiety.(1)

Shatavari (Asparagus racemosus) is a potent immunomodulatory herb. Shatavari is beneficial for both men and women. Especially in women, it strengthens the reproductive system. Shatavari also helps to cope up with stress and anxiety.

Guduchi (Tinospora cordifolia) is the best immunomodulatory herb. Guduchi is believed to maintain the good health of the liver, kidney, and digestive system.

Pippali (Pippali longum) is hot in potency, and it is best known to manage vata elevated ailments. It promotes healthy liver and lungs. It is nourishing in nature and is a powerful rejuvenation herb. Pippali boosts body metabolism, helps in the removal of toxins, and keeps the digestive system healthy.

Yashtimadhu (Glycyrrhiza glabra) has been traditionally used to get relief from respiratory disorders. It also plays an important role in maintaining immunity power. Yashtimadhu, also known as mulethi, keeps our liver healthy. Yashtimadhu also provides relief from stress and anxiety.

Amalaki (Emblica officinalis) is rich in vitamin c and dietary fibers. It has properties that help to balance all three dosha in the body.

Haritaki (Terminalia chebula) is an Ayurvedic herb loaded with lots of medicinal properties. Haritaki is considered the best herb to balance vata dosha in the body. It is astringent in taste, thus acts as a vata rejuvenator. Due to properties like antioxidant and anti-inflammatory, it is useful in maintaining digestive health and allergic disorders.

[Read: Can an Ayurvedic Diet Plan Give You a Healthy Lifestyle? ]

Bibhitaki (Terminalia bellirica) has properties like antispasmodic, antitussive, and expectorants. It efficiently manages the balance of three doshas.

Gokshura (Tribulus terrestris) is a nourishing herb that has diuretic properties. It strengthens the reproductive system in males.

All the above-mentioned herbs are quite useful, and all of them have rejuvenation and nourishing properties.

Dr. Vikram Chauhan – MD (Ayurveda) is the CEO and Founder of Planet Ayurveda and Krishna Herbal Company. He is an author of Book – God’s Manual For Healing. He is an expert Ayurveda consultant from Chandigarh and practicing in Mohali, India.

Is Your Gut Health Linked to Your Immune System

How Much Should You Exercise To Boost Your Immunity?