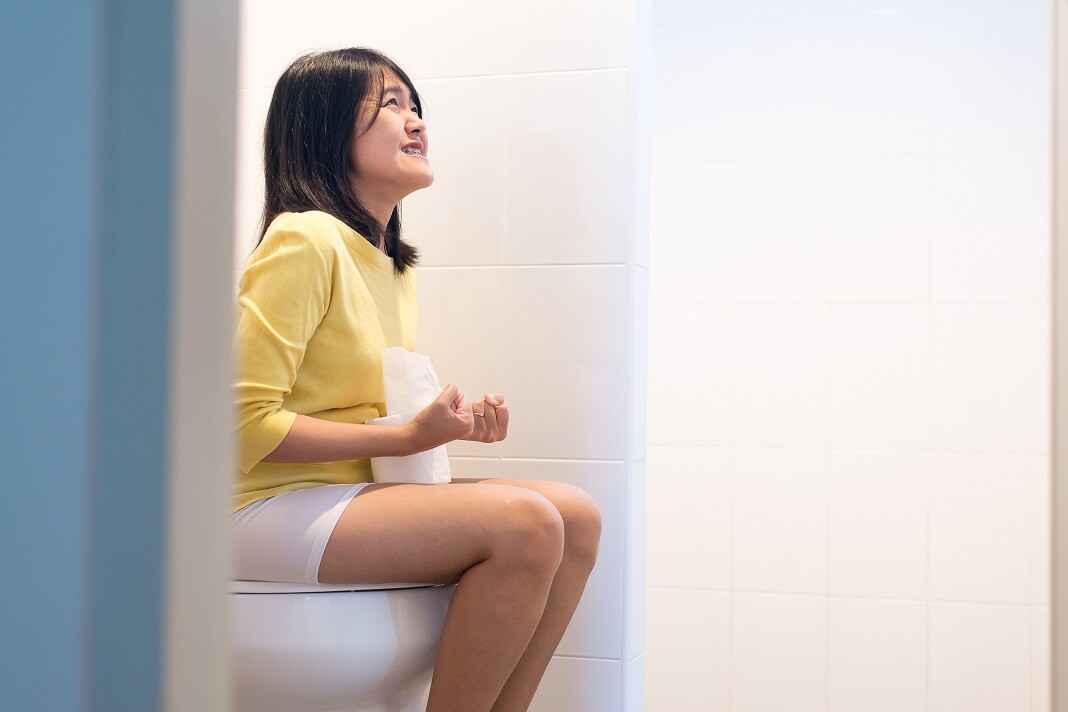 If you have ever experienced constipation, you would be well aware of its symptoms, and it’s in these situations that you feel desperate to use the synthetic laxatives that are available to treat your constipation. However, using this panacea to treat your condition could not only cost your health but also may have long term implications in your body.

This is where natural and alternative treatments step in and help you with your prevailing condition. Flaxseed oil is the best remedy. Flax seeds, also referred to as linseeds are tiny, sesame-size seeds that are typically extracted from the flaxseed plant.

This plant has been used for several health implications. The benefits of flaxseed oil for constipation are numerous. The seeds, stems, and leaves of the flax plant are used extensively for clothing, cooking and for medicinal purposes, and as well as in the manufacture of many goods.

They are a powerhouse of minerals and nutrients and consist of protein, omega-3 fatty acids, dietary fiber, and several other vitamins and minerals that make it the right fit for treating your constipation.

Why Use Flax Seed Oil for Constipation?

Does flaxseed help with constipation? Yes, it does. Flaxseed oil is extracted from the flaxseeds(1), which make it a powerful solution consisting of dietary fiber and nutrients proving it to be efficient in helping in alleviating the symptoms of constipation.

There have been several studies that were conducted on this subject, although most of them were conducted on laboratory animals. However, one small study on 55 humans with constipation-predominant IBS found that flaxseed not only helps ease constipation but also helps in alleviating the symptoms such as bloating and abdominal pain.

Although the working of flaxseed oil for constipation is still ambiguous, however, several scientists speculate that the mechanism behind flaxseed is that it effectively helps in speeding up the intestinal movement, hence resulting in the increased frequency of bowel movements.

Studies suggest that flaxseed oil may ease not only constipation but also is one of the best remedies for diarrhea.

In another single-blinded, randomized, controlled trial, 53 constipated patients divided into two groups, in which one received 10g of flaxseed pre-mixed cookies twice per day and the other group received placebo cookies for 12 weeks.

The constipation symptom scores were analyzed, and it was observed that the group that received the flax seeds had shown significant improvement over the control group. It was concluded that flaxseed was a useful remedy to treat constipation(2) and it’s symptoms.

How to Use Flaxseed Oil for Constipation

Flaxseed oil is available in several forms in the pharmacies, and you could directly consume this oil and supplement your cooking with this oil instead of the oil that you are using as of now.

Hair Loss? Use Zinc to Keep Hair Problems at Bay!

Alternatively, you could also use the seeds, that is the direct source of these nutrients and fiber.

You could mix around 12 grams of flax seeds into 150 milliliters of water/milk and consume this twice or thrice a day. It is also suggested that you sip on this concoction throughout the day. You could expect results as quick as 12 to 24 hours.  Also, if you have any medications that you use daily, then use flax seed after an hour of your drug consumption. Flaxseed is known to interfere with the absorption of medicines.

Alternatively, you could also integrate flaxseeds into your diet:

Things to Keep in Mind

You should consider the shelf-life requirements of the flaxseeds and the flaxseed oil before using it. Whole flaxseed has a shelf life of up to one year. Alternatively, you could also refrigerate the ground flaxseeds and use it within a few months.

Flaxseed oil must be refrigerated to preserve it from going rancid, also should be used within a few weeks.

Flaxseed oil is high in omega-3 fatty acids, and dietary fiber, and several studies have shown the efficacy of this oil in treating constipation. Use this oil regularly, and you could also reap the additional benefits of reducing your hypertension and improved regularity of your bowels.

How to Treat Arthritis

How Does Gripe Water Work to Soothe Colic Babies?

Clear Your Intestines, No More Constipation Using These Natural Remedies

Effectiveness of Honey for Constipation

Ease the Stomach Pain with Supplements for Constipation