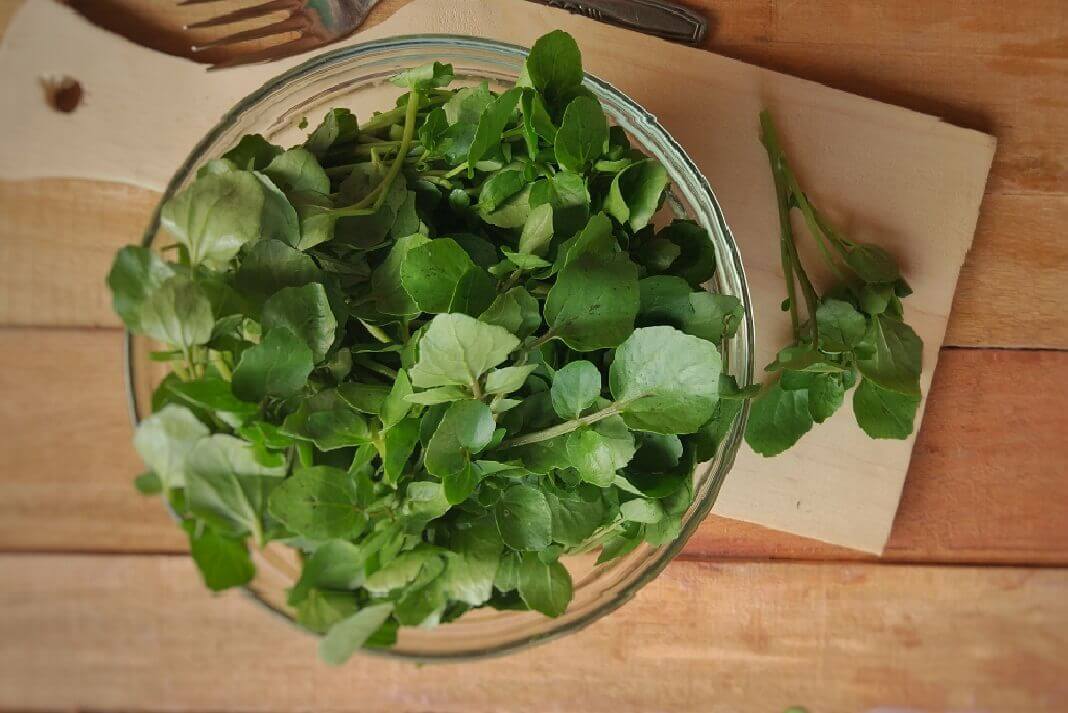 Holy Basil Tea Benefits for Your Brain and Body

Watercress, also known as Nasturtium Officinale or the yellowcress is an aquatic plant and has rapidly growing factor. It is perennially native to the parts of Europe and Asia. Being one of the oldest leaf vegetables, which we consume, the watercress benefits are way too incredible and long-lasting.

Watercress has its reputation as a healing herb. Around 400 BC, Hippocrates located its first hospital in Kos near the stream to ensure that every one gets its benefits.

The plant of watercress has hollow stems, which support it to float on the water, making it a sub-aquatic plant. It blossoms different white and green flowers, which become a medium of attraction for many insects.

It mainly attracts the hoverflies towards it and establishes the further plant and environment-related mechanisms. It has a significant share of large-scale production and cultivation. According to modern science, there is more iron, calcium and vitamin C in the herb than spinach, milk, and oranges respectively.

Watercress is a leafy plant of dark green color, which can grow in the natural spring water, without any restrictions. Initially, the Roman army ate the watercress during the war times to feed their hunger. You can quickly get the requirement of the body’s regular dose of Vitamin K for up to 100%. The nutritional values are way too beneficial for the human body and consumption of watercress can fulfill the nutrient need of the body.

The ANDI score of watercress is quite high, which means that it has the right amount of nutrients present in it. In total, it is more popular nowadays due to its ANDI (Aggregate Nutrient Density Score) score. The high score tells about the mineral, vitamin and caloric content present in the vegetable or food. Watercress has a higher rank than most of the healthy foods, and it works as the best way to remove extra fats from the belly area and to reduce the waistline.

Moreover, other benefits of watercress are somewhat helping in curing various disorders, diseases and organ failure risks. To decrease the number of threats on your body and organ system, one should try having watercress on a weekly schedule. Also, watercress carries a chemical substance in it, whose role is to make the body get rid of the adverse side effects of cancer and its treatment.

What is the nutritional composition of watercress?

The nutrition content of watercress that makes it beneficial is present below. It is the number of nutrients present in a cup quantity of about 34 grams. The watercress nutrition chart is

1. It has Chemicals that Can Prevent Some Types of Cancer

The isothiocyanate(1) present in watercress can prevent an individual from getting lung, prostate, skin and colon cancer. Sulforaphane(2) can block the growth of tumors that can cause cancer.

2. Helps in Improving the Functions of the Thyroid Gland

Eating raw watercress can reduce the levels of excess thyroxine hormone. It can enhance the functioning of the thyroid gland.

It helps in lowering the level of bad cholesterol and keeping the functioning of heart proper. The anti-oxidants help in reducing the damage of heart tissue.

The folate present in watercress tends to maintain the bone density in the body. It is also an excellent option to prevent osteoporosis in women after menopause.

The low levels of folate have chances to lead depression. Intake of folate acts upon the neurotransmitters and helps in releasing serotonin.

The presence of Vitamin C and Vitamin E is known to be beneficial in reducing the oxidative damaging of blood cells.

Gallbladder Removal Diet Basics: What to Eat and What to Skip

High levels of Vitamin C ensure good health of eyes and the eyesight. It reduces the chances of getting Cataract further in the future.

Folate foods are capable of preventing the risks of getting strokes and maintaining a balance between the nutrients.

Folate provides support to the development of a healthy embryo by inducing normal cell growth within it. Hence, it decreases the chances of neural tube deficiency.

How Can You Include Watercress in the Diet?

Generally, people use watercress freshly by dressing up their salads and garnishing various other dishes. Before eating it, you must know about the type of leaves you need to select. Always choose the twigs that have crisp green leaves and have damage nowhere or have signs of wilting. Consumption of withering leaves can cause problems after eating. The different ways with which you can include Watercress in your daily diet are

Here is an interesting recipe of watercress along with pear and spinach. Grab the ingredients shown below and prepare a delicious and healthy dish. Enjoy the recipe after garnishing it with some more parts.

What are the Health Risks Associated with Watercress?

Watercress is very useful in replenishing all the essential nutrients in the body and also in supporting various metabolisms occurring in the body. It handles the issues, diseases, and adverse health conditions effectively and efficiently.

Benefits of Watercress are no less than any other herbal plant. It has enormous growth and serves best to the requirements of being healthy well-being. Follow the ways through which you can use this aquatic plant in your diet and enjoy the good health.

Don’t forget to slide over the health concerns regarding the consumption of Watercress. The benefits associated with the use of watercress will surely help you out in dealing with a variety of problems.

Holy Basil Tea Benefits for Your Brain and Body